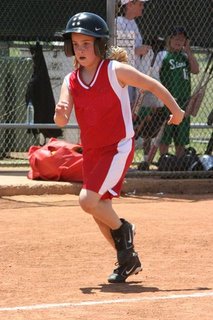 I heard Jim Leyland, Detroit Tigers Club Manager, interviewed on ESPN yesterday morning. He was being questioned about the team's 20 year history of losing (which can't be argued).

However, as of a couple of days ago, Detroit's 7-4 win over the Twins lifted the Tigers into a first-place tie with the White Sox in the American League Central. The Tigers, winning 5 straight, haven't been in first place this late in the season since 1993.

In the ESPN interview, Leyland talked about how difficult it is to shake a "culture of losing." Here's what he had to say about what he's done to instill in his players a desire to shake the big "L" from their foreheads:

I like that advice. In fact, I'd like to extend that bit of advice to those who are striving each day to make our "workplace" more attractive.

Three of my five children are currently playing a team sport. Although they are at the age where it's supposed to be about fun (and, yes, that's most important), they truly seem to have more fun when they are "winning." Even better when they are winning and having fun!

Isn't that true for most of us? I think so, and, I'd bet the men swinging the bats for the Tigers would say the same thing.

Let me ask you this - are you playing/working like you are in first place?

Do you practice/work like you are in 2nd (with a competitor breathing down your neck)?

Then, ask yourself...are you having fun?

Great advice! Sometimes I get very comfortable in life/work and need to "practice" more.
Cheers,
Kris