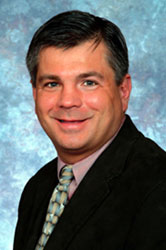 Dell Inc. said Friday it hired the head of Motorola Inc.'s mobile phone unit to oversee a new global consumer division, making him the second high-profile executive hired since Michael Dell returned as CEO to the company he founded.

Mr. Garriques has served in various leadership roles at Motorola. He was most recently responsible for the Mobile Devices division, a $28 billion global business.