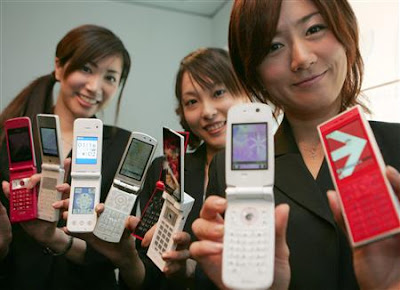 Here's a Reuters story from Tokyo about NTT Docomo's latest phones (one with a touch-sensitive screen and one that gives off a sent):

DoCoMo's "D800iDS", made by Mitsubishi Electric Corp., opens up like a clamshell and is equipped with screens on both upper and lower halves, rather than the typical design of one display and a number keypad.