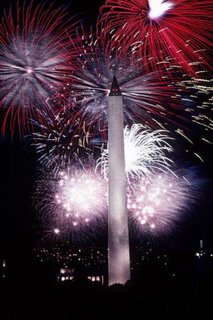 How has July 4th been observed over the years?

Enjoy Independence Day! But if I were you, I'd avoid Washington's double ration of rum idea. Seeing how work comes early tomorrow.
Posted by Dennis Smith at 6:46 AM