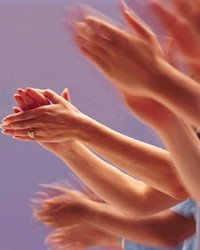 Apple announced yesterday that its iTunes music store has sold its one billionth song on Thursday. That is more songs than a person could listen to in their entire lifetime.

The one billionth user will receive a prize package full of awesome gadgets such as the iMac, 10 iPod music players, and a card worth $10,000 of iTunes downloads. Nice!

There's no doubt about it, iTunes is growing at a rapid speed. Which leads me to think, who is one of the fastest growing nationwide wireless service providers, offering all digital voice, messaging and high-speed wireless data services to more than 20 million customers in the United States?

You guessed it, T-Mobile.