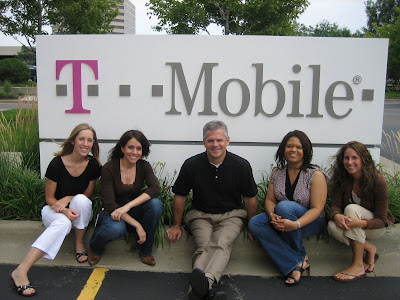 I was in Chicago most of this week in training. Since a lot of the team was there we managed to get a picture on the last day (thanks Carrie for bringing your camera!).

After the picture, a guy yelled at me from across the parking lot, saying -

"Hey, it looks like you're making a Charlie's Angels commercial over there!"

Hmmm, he has a point! The big difference? We're much more hip and my name isn't Charlie.

So, big thanks to T-Mo's Angels: Kristen, Mattea, Sherri, and Carrie!

Just think, if Jen and Jodi had been there, we would have had twice as many Angels as Charlie!