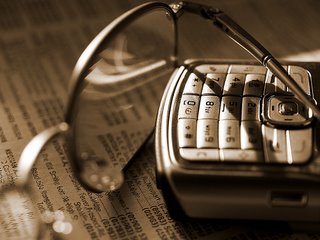 A new study out today by In-Stat find that most wireless users carry redundant devices. When it comes to mobile phones, for example, 15 percent of consumers have two.

Apparently, when it comes to the various functions that mobile devices can perform—voice communications, e-mail, texting, digital photography, playing music, etc.—consumers are voting with their wallets by choosing the best device for each task rather than one that does everything.

“It is important to understand this customer behavior if the wireless industry
is to offer commercially successful solutions,”

When it comes to advanced mobile phone features, In-Stat also found that business users (representing 43 percent of all respondents) were the ones interested in the increased productivity that SmartPhones can provide.

The question begs to be asked: are consumers carrying around multiple devices because it’s inherently easier to use one device for one function only, or because the all-in-one devices available don’t meet their needs?

In-Stat’s research offers some insight into this topic. In the survey discussed here, many of the wireless users queried said they consider additional capabilities to be a perk rather than a tool that provides enhanced, real-time data.

While almost half of the respondents said they believe that a SmartPhone could cut down on the number of devices they carry, but indicated they end up carrying a PDA regardless.