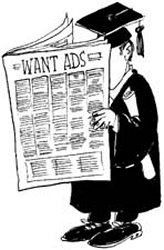 How to negotiate mulitiple offers without losing your mind or your reputation.

Having multiple job offers is a great problem to have, but it can still be stressful.

A participant in my online chat learned just how complicated it can be when the opportunities pour in. "I applied for a job a couple of years ago, got it and then turned it down for another job I also was offered. Now I'm looking to move on, and the hiring manager -- I still keep in touch with her -- for the job I turned down has contacted me about a position opening in their office," the chatter wrote.

The problem? "I'm also in the running for another job at a completely different company that is more interesting to me. I'm running out of reasons and ways to put off the hiring manager I know so I can hold out for this other job I may or may not get. I feel so guilty!"

He or she shouldn't feel guilty, but it's wise to proceed with caution.

"There is definitely a right way to do it and a wrong way," said Brad Karsh, president of JobBound and author of "Confessions of a Recruiting Director."

Here are a few tips for negotiating multiple offers without losing your mind or your reputation:

Press for more details.
Maybe the key to a decision lies in acquiring more information, such as details about the employer's culture or benefits. Salary isn't always the most important factor. What is important to you in your next job? Once you have a firm offer, ask human resources for details about health care and perks. If your concerns are fuzzier, and relate to your long-term prospects at the company, ask for another meeting with your prospective boss.

Put it on paper.
Make a pros-and-cons list for each job. If your list gets unwieldy, consider setting up a spreadsheet. Writing it all down can make the comparison -- and perhaps the decision -- much easier.

Don't artificially play employers against each other.
Of course you can negotiate. Just be straightforward. If you really want to work for one company but its salary falls short of the other offers, say so. Tell your top choice that if the better salary can be matched, you will take the job. Make it clear that you're not trying to put the company in a bidding war, Karsh said. If you really wouldn't take a job, don't try to use it as leverage. Lots of employers will call your bluff, offering you a "good luck!" rather than a counteroffer. If you're entertaining offers strictly for leverage, you're asking for trouble. "This isn't an eBay auction," Karsh said.

Don't ignore people.
If you haven't made a decision, say so. Ignoring a hiring manager's calls is just rude. "Once you accept an offer, the first calls you should make are to those other companies," Karsh said. "Even before Mom or Dad." I know, it's not fair that you suddenly have to respond instantly to the same employers who might have been stringing you along for weeks or even months, but that's just how the game works.

Ask for more time.
Few employers expect you to accept an offer on the spot. Most hiring managers are fine with a request for a week to think, Karsh said. And college students usually have more leeway in making up their minds about jobs before graduation. It is also reasonable to insist that offers come in writing, which may buy you another day or two.

Don't overreach.
Deferring a decision for more than a week will probably irritate people. After all, the job of hiring managers is to fill positions. Your dilly-dallying is keeping them from doing so efficiently. Even if you don't care about wasting the employer's time, think about the other jobseekers who also are waiting to see if they make the cut. If the issue is that you're waiting on another potential offer, you can call up the slower company and ask to accelerate the interview and decision process. If its interest in you is strong enough, it often will.

Don't back out.
Accepting an offer and then reneging is the "unpardonable sin" with recruiters, Karsh said. It greatly inconveniences the employer, who has made plans based on your decision. The company has already turned down other applicants, and will have to start all over again in the interview and hiring process. He still remembers a woman who did this to him years ago. Hiring managers have really long memories for such things. Seriously. "Until the day I die" were Karsh's exact words.