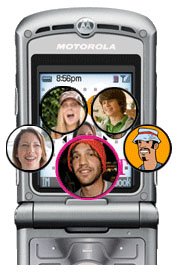 Gizmodo covered myFaves quite a bit last week, stating it was T-Mobile's new plan to allow unlimited calling to a list of 5 friends who can change month to month.

Now, here's what's strange.....we're networking on myspace.com, sharing photos and text messaging on our cellphones, and blogging at all hours. But a major national survey released in June shows that the average number of people with whom Americans discuss important matters has dropped from three to two in just two decades, a steep falloff in confidants that startled the researchers.

So, if you have trouble coming up with 5 friends to get in your myFaves plan, don't be troubled. You aren't alone.

On second thought, according to the study, maybe you are!