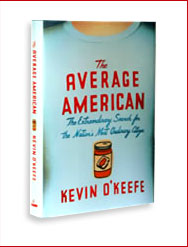 This post is not intended to slight any of the great bloggers out there (Gautam.....Jason, et al), that are not, well, American. But the only stat's I had were focused on Americans.

In 2003, author Kevin O'Keefe set out to find the "most-average" American. According to his book, The Average American, a majority of Americans:


Wow. The Three Stooges. I guess the rest of the world now knows the depth of our intelligence.

Moe, Larry, and Curly aside, what I want to know is,

"What is the average number of jobs a person holds during a lifetime?"

Glad you asked. According to Careers in Transition,

"Studies show that the average working American will have three to five careers and between 10 to 12 jobs during his or her lifetime."