Excuse me, my "Social Jet Lag" is showing... 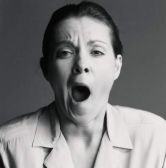 That's my story and I'm stickin' to it.

However, the story over at Cape Argus says it's called...."Social Jet Lag."

"Social Jet Lag," a term coined by researchers from a new study which has pinpointed some disturbing consequences for those of us living in a permanent state of jet lag. You know the feeling. It's when our body clocks are out of synch with the demands of modern life - the body clock is screaming one thing ("It's time for bed!!!!) while the outside world says something else ("It's time for a meeting!").

Sleep studies have been goin' on for years and the findings are..."we get too little sleep." This isn't new info, we just don't seem too fond of doing anything about our sleep deprivation.

Click here for a quick quiz to find out if you are sleep deprived.

Just a word of advice for those job seekers with pending interviews?

Do whatever you can to keep the yawns at bay during the interview. Yep, bad manners. I know that yawns are involuntary, but you can feel 'em as they start making their way to your face. If you feel one coming on that you know cannot be avoided, just squeeze that bad-boy out through your ears (you only know what I'm talking about if you've ever done this).

In fact, if you are sitting in the interview chair, don't even allow a thought about yawning to come to mind. You know it's true....all you have to do is think about yawning or see someone else yawn and BOOM, you're suckin' in oxygen and spewing carbon dioxide.

Not a pretty site.

I once interviewed a candidate that belted out a big yawn during the interview. She aplogized and said that she liked sleeping late in the mornings and that her interview schedule was getting in the way of her sleepy-time.

I am not lying.

I guess I don't need to tell you that she didn't get the job.

She had too much Social Jet Lag.