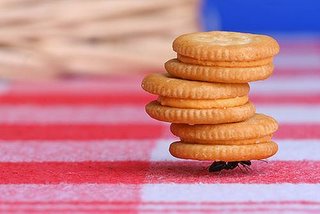 This here's a story about Billy Joe and Bobbie Sue ... two young recruiters with nothin' better to do ..........except work!

Are you working too hard?

When someone is described as a hard worker, it's usually meant as a compliment. But too much of a good thing can actually be detrimental to a leader's career, according to an article published on The Wall Street Journal's executive career site, CareerJournal.com.

For one thing, habitually working too many hours can mask weaknesses, writes Hunkar Ozyasar, a former Wall Street executive. "Consider the manager who routinely does the work of her assistant because she failed to recruit the right person and train him properly," he says. "Her superiors may not notice the problem if she's willing to work hard enough. The individual may not even grasp the extent of her problem, as she will probably be too busy praising herself for working harder than anyone else."

Unfortunately, if this manager is promoted and put in charge of several people, her lack of human management skills--which she had previously been able to hide by working hard--will become readily apparent.

"Hard work can't make up for the inefficiencies she creates for five employees," Ozyasar writes. "After all, there are only so many hours in a day."